With construction work on Crossrail entering its final phase, and trains due to start in stages from the end of the year onwards, Londoners (and those from further afield) are looking forward to quicker journeys in air-conditioned comfort.
The advantages to the areas served by the route are obvious, but from a commercial property perspective it is Farringdonthat has received much of the attention. A previous fringe location – much beloved by creative agencies for its relatively cheap space – suddenly finds itself one of the capital’s best-connected places.

But has the potential impact of the Elizabeth Line on another area – Paddington – been overlooked? The special policy area, led by the Paddington Waterside Partnership, has transformed the district in recent years, but this could be about to be supercharged as Crossrail brings the area closer to both the West End and The City. Sellar Property Group, with its £775 million Cube development, clearly thinks it’s the place to be.

While Paddington owes its existence to its position as London’s gateway to the west, its connections to the rest of Zone 1 have always looked better on paper than they are in reality. The Circle / Metropolitan / Hammersmith & City lines may now have new rolling stock, but they’ve always offered a frustratingly slow transfer into the Square Mile. The Bakerloo Line is similarly ponderous, with the added disadvantage of the oldest carriages on the Underground network (with the sounds and smells to match).

The Elizabeth Line changes all that: Bond Street is three minutes away, Liverpool Street just ten. For professional services firms and back-office functions, the cheaper rents, new accommodation and connectivity in London will prove very attractive indeed. For a preview of the sort of occupier the area can expect, take a look towards the South Bank and schemes such as More London. 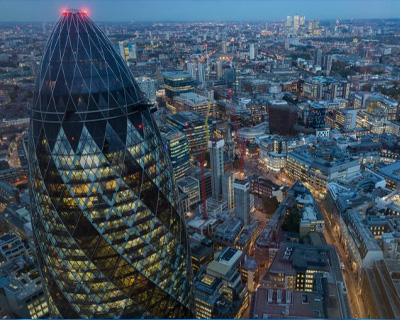