EG has reported on TFL’s plans to introduce a property tax to help pay the estimated £30 billion cost of Crossrail 2, London’s proposed next major infrastructure project. Stretching from Wimbledon in the south west to Tottenham Hale in the north east – and utilising existing lines beyond those stations to stretch into Surrey and Hertfordshire – the affordability of Crossrail 2 is currently under independent review, the conclusions of which are due sometime this year.

Whatever the result of the review, the proposed tax presents some interesting ideas on how to pay for major infrastructure projects. Under the plans, each Crossrail 2 station would have a one kilometre ‘zone of influence’ within which homes would pay a council tax precept. An equivalent for commercial properties is being explored.

Protests from the affected residents can be expected, but put the charge into context and it suddenly seems a lot fairer. Should the project go ahead, total value gain for properties within these zones could be as much as £60 billion. For owners to contribute towards this – rather than simply benefitting through good fortune from something everyone will pay for through tax – seems reasonable. And the option to ‘roll up’ the tax and pay it off when the house is sold should allay concerns that any charge would force people from their homes.

What this shows is that central and local government is becoming more savvy to the value created by their decisions(see Crossrail 1 uplifts prior to trains on tracks), and trying to identify ways of capturing some of this uplift. In the absence of on-surface development (Crossrail 2 will have fewer stations, and more constrained sites, in central business locations than the Elizabeth Line), taxes such as this are the obvious way to secure some of that growth in value for the public purse.

We can expect to see more thinking along these lines across all levels of government. Calls for new housing policies regularly propose that councils should be allowed to buy land at before-planning-permission prices – thereby capturing all the value themselves when approvals are granted. For some economists, a land value tax remains the Holy Grail, but that is another story (and blog post) entirely. For now, we’ll await the results of the review, – and start drawing concentric circles on maps around the proposed stations. 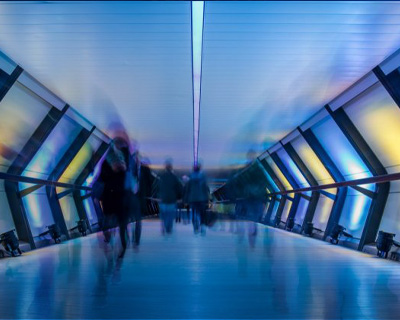