The Mundy decision was published in May 2016 following the major group hearing on the issue of Leasehold / Freehold Relativity in Leasehold Reform Valuations which took place in January 2016.

Whilst since its publication Gerald Eve have referred to the 2016 Graph in premium negotiations, the 1996 Graph has not been withdrawn and remains as a matter of record. 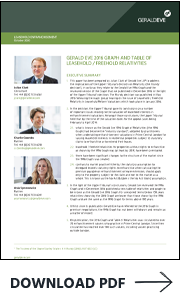